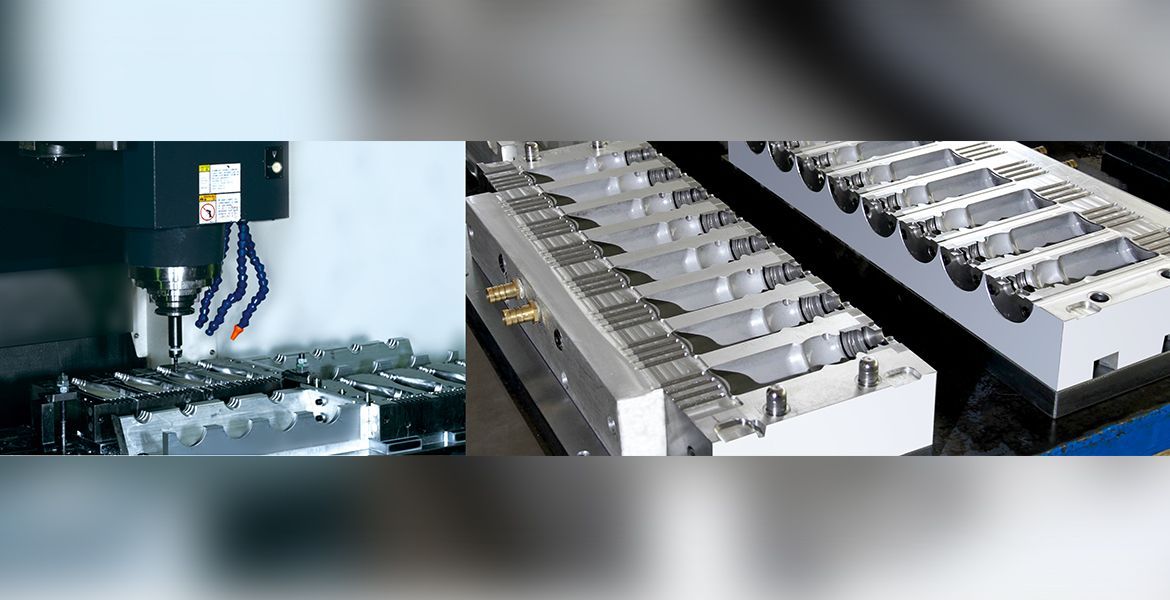 Stress-free molding is one of the most commonly used methods to conduct the mold stress relief test. It has been used in different industries that deal with the use of any kind of plastic to test out the feasibility and strength that a plastic product can withstand. The stress relief test can be conducted on any element that contains the properties of various forms of plastic, and it has been a groundbreaking testing solution when it comes to the manufacturing of various plastic containers. The equipment used in the stress-free testing might include various kinds of blow molding machinery, which is subjective to the type of product that is involved in the process.

The entire process of testing is conducted in a controlled environment, and it’s possible to ensure that everything is aligned before the tests take place. It’s vital to be aware of the characteristics of the material being used in the testing process and have an idea about how the plastic might react in different testing circumstances. The inclusion of different other elements might alter the plastic reactions, so it’s important that the changes in the properties must be noted throughout the stress relief testing procedures. The results might vary depending on the properties of the plastic material, including the hardness or the softness of the apparatus being used in the testing process. The major products that go through a stress relief test when required including electrical equipment, eyeglass lenses, and other appliances. The amount of pressure that each product can withstand might vary depending on their built and the results that are anticipated through the testing standards.

There’s also a requirement for manufacturers to make the products depending on the quality standards that are acceptable in the countries where the products are meant to cater to the consumer base. The standards of procedure are often decided by the engineers depending on the specifications of the products and the amount of stress that they can bear without bending and twisting to a point where they cannot be further used for any application. The prime example of this is the bottles that go through several stress tests in a plastic making facility and are monitored so they hold up to the limitation that they might have to depend on the type of plastic that is being used in the manufacturing process. 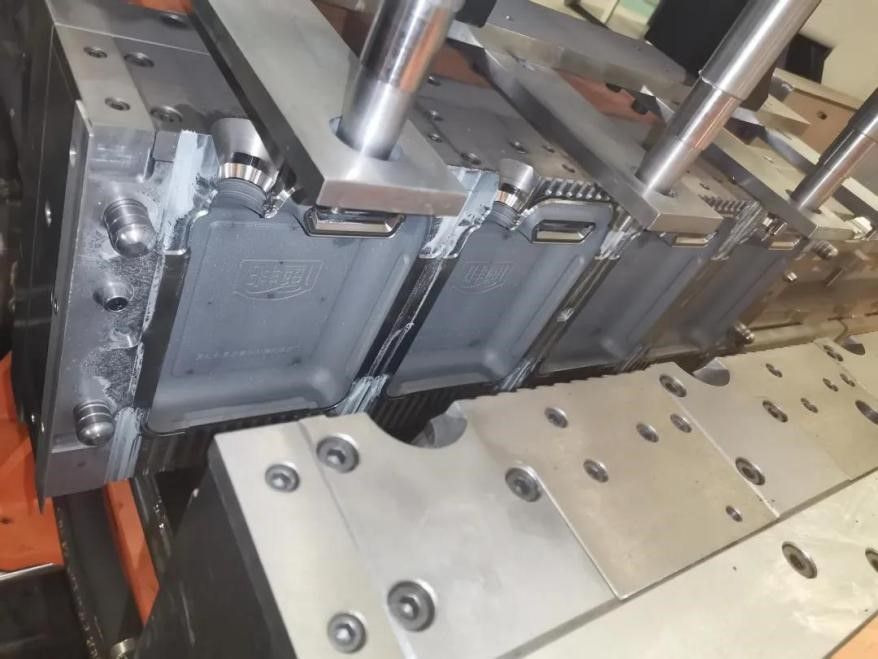 A thorough inspection should take place when the mold parts are in the process of testing to ensure the right amount of precision and accuracy. The tiniest details should be recorded about the changing behaviors and properties of the elements when they come in contact with other elements and molding parts. The closer inspection and controlling tactics might help to get accurate knowledge about the entire stress relief testing process, which might be crucial for different manufacturers who work in the circumstances like controlled temperature and assembly lines. If the inspection is not done in the correct manner, then it might reflect the irregularities in the final product.

The blow molding methods have also evolved in recent years with the inclusion of automated blow molding equipment that is built using state-of-the-art technology that enables the operators to receive accurate results without any possibility of error in the procedure. The use of modern technology has helped different industries with less consumption of energy and time; hence the final product turns out to be refined, and engineers are able to conduct thorough testing in a short span of time.

Factors such as the design, cost, and environmental changes all should come into consideration during the procedures of the test take place. There can be a notable amount of disparity when the molding parts are put together with other elements compared to the time when they are being processed in an individual capacity. The main purpose of the stress relief test is to confirm that all the necessary procedures have been done, leaving no boxes unchecked. The stress relief test might expose the factors like how a product has been designed, sourced, and produced in different cases. The design factor of a product might force the operators to take a different approach if necessary as different elements might require several complex procedures depending on the application and the machines involved.

What Can a Stress Relief Test Study?

The product is removed from the hot oven and kept to be cooled down till it comes to a manageable state. The people involved in the testing process might study the changes and other attributes that might have resulted in the character of a product while it was in the oven. The temperature of the oven might vary between a minimum of 10 degrees and a maximum of 70 degrees, according to the type of the product. The standard time for the testing procedure could go up to 7 hours, while the cooling procedure depends on the type of product that is involved in this test. The time might be changed if the components that are being tested are electric due to the distinguished character of different appliances.

The studies might include factors like how the polymers have reacted to the process, how the surrounding elements have complemented the process and if there are any points that might have caused any sort of failure throughout the process. The studies can help the engineers to pinpoint the tiniest details and flaws that might have occurred in the entire process.

There’s a high chance of different inaccuracies and weaknesses being exposed as the result of stress relief molding tests. There can be many minor irregularities, and some of them are listed below.

After a product is exposed to an excessive amount of heat, there’s a high possibility that deformation might occur, and this deformation is known as warping. It can cause changes in the structural properties of a product and might result in some kind of damage. The damages that may occur during the procedure might include twisting, bending, distortion on the edges, and raising of a product from the sides or the edges. There can also be a possibility that warping might occur through the moisture without any direct involvement of heat in the process. There are many other elements that face warping with just the involvement of heat without any exposure to the moisture.

If any signs of warping are indicated in the process, then the operators might stop the procedure halfway through and examine the exterior of the product to determine the potential causes of warping. The engineers might be able to find their way through the root cause in which they can point out the potential imbalance of mixtures or the irregularities in the polymers that are involved in the stress relief test. Different methods and techniques are used depending on the behavior of polymers so that accurate outcomes can be found and possible solutions can be considered.

Procedures such as the Attenuated Total Reflection have been tried and tested in many different circumstances to examine each component of polymers involved in the process.  The weaknesses can be easily pointed out if the signs of warping are detected earlier in the testing procedures. The engineers go as far as examining the polymer mixture used in the process when it comes to acknowledging the tiniest details.

The shrinking doesn’t usually happen after few hours of the product being placed to be cooled down after the heating procedure. The main reason behind the shrinking is the imbalanced polymers, and it can happen up to 20% in a testing process. The shrinking might result in various visible issues that might occur when it comes to tallying the product with the rest of the system.

Cracking is a unique phenomenon that takes place if the polymers produce an unsatisfactory amount of brittle plastic. Although the procedures are done in a controlled setting but sometimes due to the exposure to an extra amount of stress through machining, different cracks might be evident in the final product. It can instantly provide the engineers an idea that the formulation is weak and there’s something wrong with either the reaction of the polymers or the mixture involved in the process. The cracking might be a result of several factors, including the small broken polymers or the cooling of enclosures at a relatively fast rate compared to the others or any involvement of pressure in the process.

The residue stresses are the real perpetrators behind the weaknesses that might occur during the methods performed in the test. In the case of the stress relief test, the load that is removed from the process is the extreme heat that might result in several weaknesses and irregularities dictating the outcomes of the stress relief test. The engineers ensure that the weaknesses are overcome to make the process seamless and perform the testing in the correct manner. The residue stresses of all kinds are reduced by checking all the necessary apparatus, including the polymer mixture, heating, and cooling temperatures.